I suppose it was an artful escape. Hanny at her peak; though Peter would have preferred a peak at Hanny. He was so far out on the relationship now.

He knew he owed her his life but could not be sure what she might want in return. If she demanded undying love he had it ready in a package to hand over lock, stock and barrel. If she demanded a new pair of shoes from the latest catalogue she could have them; a copy of the latest novel by Harry and The Krishnas could be hers; perfection and understanding of the opposite sex – well he’d try. If there was anything else he could give her would let her have it. If he found two pots of gold he knew he would definitely give her one.

Uncertainty sat on his shoulders like a bare bellied buddha.

The bum pangs screamed through his brain like a thousand railroad trains, only to be calmed by an uncontrollable mysterious force. Spenser, the Fairy Queen of old had miscalculated. He regretted having that tart as it had blown his life away. Yet without it he would most likely never met Hanny. 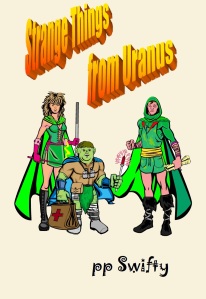 “I think I love you too,” confessed Hanny, “but at the moment I can only find the time to sort you out. There is not enough time to love you properly.”

“Could you love me long time?”

The gang of four were way off their allotted task. They had wandered far to the east, and now needed some guidance to help them find the fabled Lake. Steve decided to cheer them up with a little ditty.

“Well that’s cheered us up!”

A voice cried out in the wilderness.

“Who the fuck is trying to be cheerful in the arse end of the world?”

The four intrepid explorers looked at each other as if to ascertain who had come out with the last sentence.

“It wasn’t me!” they chorused, producing a very sexy harmony that, if the chance had been right, could have propelled them to the top of the Hit Parade. Alas pop pickers it was not to be.

Ahead lay what could have been called a bridge but really it was just a few planks that spanned a minor rivulet; well a drainage ditch really. From under the bridge emerged a Troll, though a very emaciated one at that. The skinny Troll approached our heroes in an almost aggressive manner.

“Fol de Roll! I’m a Troll!” he declared, “but I couldn’t give a shit about that just now. Have any of you dudes got some grub?”

This remnant of an earthbound child’s nightmare turned out to be a long lost relative of the famous Gusset.

“My name is Bogart but most folk just call me Bogey,” he said.

They examined the wraith like apparition. Long straggly hair swept across an emaciated body; fingernails filled with detritus, no doubt scraped from a rats arse. Across his back were three protrusions; humps even.

The Troll could tell they were a little startled by the lumps on his back.

“Yes I’m Hump Three Bogart – wanna make something of it?” 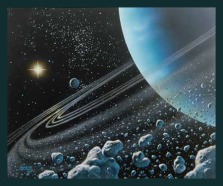 Steve tried to imagine making a model of the Taj Mahal from the three humps but to no avail.

“I was exiled to this bridge like structure because of my family links with the revolution. Gusset was expunged from History and it’s only a few Bogeys like me that try to keep the Trolletariat together. Not that I should let a Fairy know this sort of thing. If I say too much I may have to kill you!”

“You’ll have me to deal with first!” declared Peter.

They fed the famished Troll what they could spare, which turned out to be nearly everything as he was a hungry bastard. Bogey explained that such an isolated location didn’t attract many visitors so the chance of frightening them away and stealing their food was very thin, like him.

They fell into conversation about the revolution, the Quest and the dirty doings of Chalfont. Hanny was stunned to find she had so much in common with the scrawny Troll, particularly a very large bottle of dislike for Lord Chalfont.

There was no disagreement from the crowd of four.

Bogey was intrigued by the Quest. He argued that if there was a fabled Lake then there was likely to be rivers feeding it. Where there were rivers there would be bridges, and with bridges would come a new location for his scaring.

“I think I’ll live on the bridge and charge a living wage for people to cross. I’ll give up being a scary Troll and just get more blatant. I’ll be a toll Troll. Or as they say in France ‘Troll de Toll’.”

Nobody bothered to ask him how he knew about France, or even how he seemed to have some semblance of the French Language. It can be assumed the French get everywhere and underline all aspects of liberty and brotherliness; after all how can anyone ever have liberty and equality?

So they would be five again, allowing for different harmonics in the interactions. As they moved forward on the Quest there would have to be more singing, dancing and all sorts of shennaniganic librettos. They could investigate their symphonic unions with the latest electronic gizmos, though now they were a five piece they’d have to dismiss Fourier analysis. Perhaps they should wait for a sign wave. Or it would come to pass there would be a fork in the road – hopefully a tuning fork.

At this point Hanny declared we should just get on with the story. 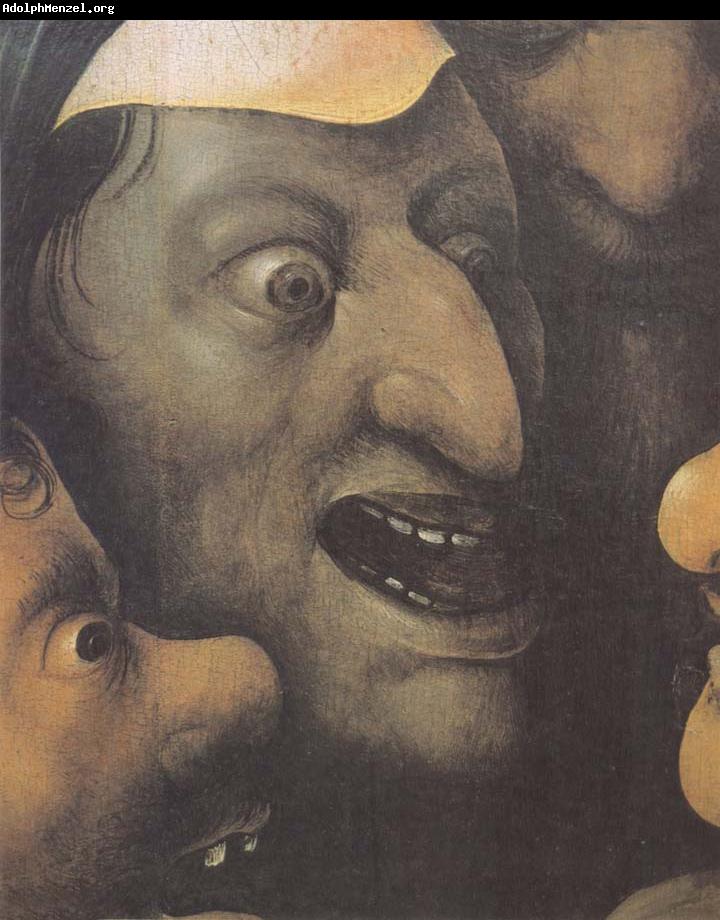